The Business Referrals Club is one of the oldest on the Coast – established in 1995 and still active and vital.

When was the Club Formed

The Club started in 1995 and was part of the Ali Larson’s Leads Club with about 5 members. The Ali Larsen club was the precursor of the BNI series of referrals clubs.  The founding members included Tony Nash  who was at Reimax Real Estate. That club went along for about five years and the numbers grew to about 15 members.

In 2000, a few more from Network Maroochy club combined with the people from the Leads Club. Neil Dickinson (North Coast Auto Brokers) and Wayne Knetter (4CP Promotional Products) Bryan Bruce and others joined forces and they formed a new club called The Business Referrals Club, managing it internally and softening the edges becoming a friend club as well as a business referrals club.

So from the beginning of 5 business owners, the Club grew to about 20 members. The Club continued to grow and in 2010 planned to grow to 40+members and improve outreach and member value. The Club has had over 400 members over that time.

The Club is between 35 and 50 members. Some join and find they get too busy. Some join and decide to join another. About 20% change each year as business come and go but normally about 30 members show up each week to network and support each others businesses.

Come along. Check out if it suits you.

The committee members for 2021 are below. 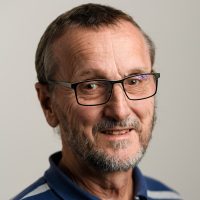 Steve is marketing coordinator for the Business Club

Lee is the long serving Treasurer of the Club.

Vice president of the Club, John also serves on other local groups including Yandina Chamber of Commerce

Tony, one of the founders of the Club is responsible for membership