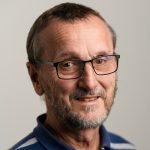 About Me
Hi, I’m Hugh Cofounder of Biosea Health. We realised the benefits of seaweed for human health. Eating a few grams of seaweed has shown remarkable reduction in period pain (dysmenorrhea) and menorrhagia in women, and the pain reduction is great for the over 50s’; So if you want to fix that pain, grab some seaweed today. Why not. Humans have been eating seaweed for millennia. Try today. Full refund if it does not work.
About my business

The team here at BioSea Health are used to the phone calls from customers telling us how great they feel from taking seaweed every day. We know their blood pressure would correct itself, their hair and nails would grow faster and overall they would just be healthier. What we didn’t expect was the reports from young women coming in that their period pain had disappeared. This made us sit up, pay attention, and do some research. We had one 26 year old law student in the Philippines whose pain went from 10 to a 1. We had another 41 year old in Australia, (daughter of one of the founders), go from an 8+ to a 3. And we had an anonymous customer survey respondent report her period duration had dropped from 6 to7 days to 2 to 3 days. Were these changes the exception or the rule?

We did some research!

We put out the call to women around the world to try the painful period seaweed test. We set up a detailed questionnaire to rule out other health reasons for pain and asked women what level their pain was.
We modified a pilot trial we had started that was focused on blood pressure reduction, general pain reduction, nail and hair growth and feeling better. Our trial now just focuses on dysmenorrhea (fancy word for period pain). We increased the numbers from just 20 to over 150 participants and expanded customers from the Philippines to Australia, New Zealand, UK, USA and Germany. Was pain reduction consistent across cultures? Lifestyle? Age? We needed enough volunteers to know this was real.

In the meantime, we found out that period pain is a modern plague, affecting over 2.1 Billion women worldwide. The implications of such large numbers translate to enormous economic cost, with lost work and educational opportunities for women. (Berkley, 2013; Tanaka et al., 2013) There are also the health care burden, quality of life and other social and personal costs to the individual. If seaweed, a low cost, safe accessible food could solve this problem, BioSea Health could change the world.

We could only find one research paper

In the scientific literature that mentions dysmenorrhea in passing. (Skibola 2004) had fed seaweed to three women suffering from menstrual disorders – endometriosis, irregular cycles, heavy bleeding and, of course, pain. She found that the women’s cycles returned to normal length and heavy bleeding was reduced. But in one small sentence Christine also says subjects…..

When scientists compared metabolic biomarkers for renal colic and dysmenorrhea, they were the same pain level. (Ayan et al., 2012). It is not just a perception of pain, but real physiological pain and all sorts of other body inflammation processes occur. Blood pressure increases, cortisol and other markers increase. So while women may be able to subjugate the pain, and “soldier on through” using mental pain tools, including hypnotherapy or acupuncture, the pain is real and physical.

A simple measure is the Universal pain assessment tool. Note that this is NOT a linear scale. An increase from a 2 to a 3 is not a 10% increase in pain. Various researchers have tried to formalize this. This is a logarithmic scale.

We analysed the data. Before seaweed, 75% had pain 5 or more. After 2 months 75% had pain of 5 or less. What is clear that for 20% pain does not decrease enough to be worthwhile. That has been demonstrated in customer testimonials.

The BioSea Health science staff were very excited – this was their version of “initial proof” that seaweed works to stop period pain.

Where To From Now?

We want women across the world to know they have a safe, cheap solution to period pain that doesn’t interfere with their health or fertility. Their period pain can be gone from their lives forever. The time of suffering through severe pain every month is over. You can buy it now.
It is not just pain. Our other data show that at the start of the trial 90% say period pain reduces work, education or social life. In just 4 weeks only 9% say periods impact their life.
In particular, we want to investigate women that have more severe pain or have conditions such as PCOS (polycystic ovarian syndrome) or endometriosis. We suspect that these conditions may take longer to improve (3 months) whereas we have trial participants that have substantial pain reduction in only 2 weeks of eating seaweed.
We are planning to undertake followup clinical trial in 2021 /2022 in conjunction with University of Mindinao, Davao, the Foundation for Pelvic Pain Australia.
And the long regulatory process to get it approved as an Over the Counter treatment and banish the plague.

So if you know any female who has period pain, give them our link. We know 80% of women have moderate to severe pain and many don’t share their pain. Or just put up with monthly pain. Suggest they try seaweed. The worst is that 70% report their fingernails get stronger, and their hair is stronger and grows more. That’s those other seaweed benefits we may know and love. And if they have polycystic ovarian syndrome (PCOS), or endometriosis get in touch with us and we can put you in touch with the researchers.
We have a program to try at https://bioseahealth.com/periods-are-painful/

Along with these papers referenced, we have over 200 references on dysmenorrhea and seaweed and these will be the basis on further research. These are listed on the website.